As mentioned in a previous post, our beloved pup Kaylee has left her mark on our master bath. Truth be told, it’s not her fault because we decided to use the room as ‘her room’ when I started my job waaaaay back last March. Instead of using a crate, we just penned off our bathroom with a baby gate and she would stay there at night and during the workday. She was almost immediately housebroken, and it worked out beautifully in all ways. Well, except for the drywall and moulding. She has eaten, scratched and generally brutalized the walls, door, and baseboards. It’s truly hideous.

We finally got a big crate for her, and spent a few days acclimating her to it. She now goes in there at bedtime, and I also keep her in there for several hours a day so that when I return to work she will still be used to the schedule. It sounds mean, but I had a dog go through what I would classify as separation anxiety after going from companionship all day to being left alone while I went to work. She’s used to the schedule, I’m just making sure she maintains her comfort with it for when I’m back to working at Belvoir.

So now begins the repair on our bathroom. I had begun the redesign over a year ago when I finally snapped and tore down the lame train wallpaper border. Yes, in the master bath. We moved here in 2005, and just never got around to taking it down. GAH!  We were going to paint the room before we got Kaylee and decided to wait until she was settled in and I’m glad we did. I’d have been furious to have had this damage on freshly painted walls.

Here are pix of the train border, I forgot to get a picture of what that looks like now. The rest are all of damage done by Kaylee, and the work done so far.  You may even notice the guilty party having returned to the scene of her crime…

To keep me off the ladder in case of dizziness, Chooch will be cleaning up the wall paper border area and spackling where needed. He will then be replacing the chewed-up moulding where needed. This will be a nasty task, and my hopes of getting it done before guests arrive on February 19 are likely unrealistic. But a girl can hope, right?

I’m still deciding on a color. Since we are tentatively planning to put the house on the market, I’m not going for a personal preference. Most likely just a neutral color that will be pleasing to potential buyers.

Since I’m still dealing with my health issues, this is slow going. But with Chooch handling the ladder stuff, and me going very slowly with frequent breaks I think we can handle it without complications. Well, other than missing my self-imposed deadline.

We are tied to the colors in the floor since we aren’t changing that out. It’s linoleum with dark blue and dark green diamonds. You can sort of see the floor in one of the above pictures. Any suggestions on a color? If so, please post as a comment here and not on twitter. This would actually be appreciated for all comments, since they aren’t viewable from the blog. Much obliged! 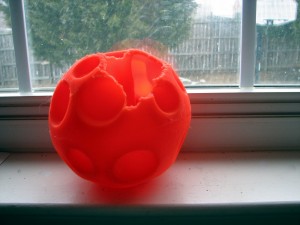