I’ve not really done a full blog post for my friend, P.G. Holyfield, who we left this world far too early at age 46. It was cancer that hid in his body so long, we only had weeks when we thought we had years of the fight to support him through.  His second and final opinion was on a Friday, and he left us on the very next Wednesday. Although I am spending a lot of time talking about it, it still doesn’t feel real and likely won’t until we walk in the hotel for Balticon next year. I’m “planning” on going, but my health is such that it could be a disaster for me to attend. I don’t want to make it harder for anyone else. 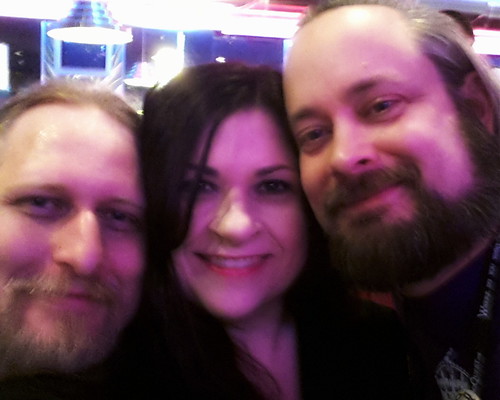 In another place or time, possibly as a book I am writing as a result of seeing what real bravery is in a young-ish man, I will discuss how my dear friend has changed my life and my outlook on it, finding hope, love and compassion encircling someone that has been diagnosed. It’s a horrible way to go and I’ve seen it twice now (Mom and P.G.) and I no longer fear it. It steals our dignity, not who we are. It’s a big killer, I’m not down playing that. But I won’t give it my life AND my living, too. Fuck cancer. I have stuff to do until it may be my own turn.

When P.G. started talking in scary terms, I finally got off of my ass and went back to my ob/gyn for the genetic breast cancer marker test. Again. Last year my insurance wouldn’t cover any of it, so the entire $4k would be coming from our wallets. Being disabled, denied benefits again while unable to work, means that we have financial difficulty and will for some time. So, as the insurance company decided, they would test me for the marker if/when I am diagnosed with cancer. Brilliant, no? They’d have to run the fucking test anyways.

Sometime in February, I got a call from the lab itself, saying that Health Care Reform, aka Obamacare, now means that my insurance company HAS to pay, and with my fun maternal-side family history (Mom, Grandma + at least one of her sisters and my Great-Grandma all died of breast cancer), they may pay for the ENTIRE test.

When we got the scarier and more scarier sounding test results coming back, cancer fears kicked in. We were already talking about me staying with him at the house during post-chemo recovery. Been there, done that, and he was so strong after getting in to peak shape in the last year or two, we never doubted we’d be playing board games and watching movies and I could do my goofy cheerleader crap, too.

But we were all really scared, too. I turned my fear into action, and went back to my doctor to give another sample and to see what our copay on the BRCA genetic testing. I got a call last week, but … last week was still foggy time. I answered the call today and while I was expecting a financial discussion, I instead was told that …

… I do not carry any of the genetic markers for breast cancer (that they have identified and have tests for).

I don’t carry them.

So, I don’t know why all the women on my Mom’s side died of it. My Grandma and my Mom both had horrific recurrences years after their initial diagnoses.

Mom’s two sisters have not been diagnosed, but one went on a clinical trial in the mid-90s for a hopeful “prevention” of breast cancer medication. The other had a radical mastectomy after my Mom died (the surgery would have happened anyways, there were other health issues that are private).

So, I can’t say if it was something in the environment or some gene not discovered yet. And I’m just as confused about what to do as ever. But my next step is a risk analysis for getting it. I am three years younger than my Mom was at her first diagnosis, and it was advanced.

So, even though the person I thought I would be having chemotherapy with and laughing at our horrific symptoms instead of crying over them, well, he’s now gone.

I started this process because he made me brave enough to feel like I wan’t going to be facing it “alone,” even tho Chooch will be with me. It just would’ve been a support group with history and short-hand, and so I’m surprised to not have that as I’m moving forward.

And I am. I’m moving forward. I’m not alone, I’ve learned that in the last month. And I know cancer survivors, unfortunately.

And I doubt that I am facing cancer. I’ve been extremely vigilant. But I’m doing the risk analysis and seeing what lies before me anyways.

Somehow, I have so many people that are kind to me that I want to stick around longer.

And because I must finish on an “up” note, I’m also happy to announce that my oldest son, codename “M” or “Naughty Bear” is now married to a wonderful young woman.

I have an amazing family, with a new daughter(-in-law), codename: Galadriel (Gal for short).

And they are expecting their first child end of March. We don’t know the sex yet, but the baby has been nicknamed “Little Bear,” and according to my baby countdown app, is now the size of a lime. A LIME.

So, after the horrors of August, I look forward to the life that’s on its way, already growing and I can’t wait to meet him or her. 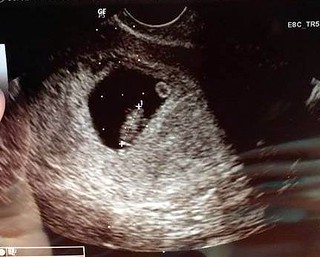